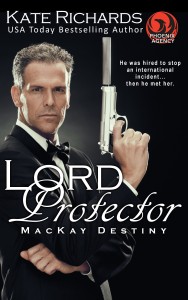 They served their country in every branch of the military – Army Delta Force, SEALs, Air Force, Marines. We are pilots, snipers, medics – whatever the job calls for. And now as private citizens they serve in other capacities, as private contractors training security for defense contractors, as black ops eradicating drug dealers, as trained operatives ferreting out traitors. With the women in their lives who each have a unique psychic ability, they are a force to be reckoned with. Risen from the ashes of war, they continue to fight for those in need. They are Phoenix.

In an effort to avoid an international incident, the Phoenix Agency employs Lord Henry Smythe to help with the case of a distant relation to the crown who’s fallen in with a man whose criminal roots span both sides of the Atlantic. It should be an easy job for a man with his training and intelligence. But he hasn’t yet met Amelia MacKay, a stubborn lady who when told to jump does not ask how high.

He must protect her even if he doesn’t believe her.

This entry was posted on October 31, 2017 by katerichards. It was filed under Uncategorized .